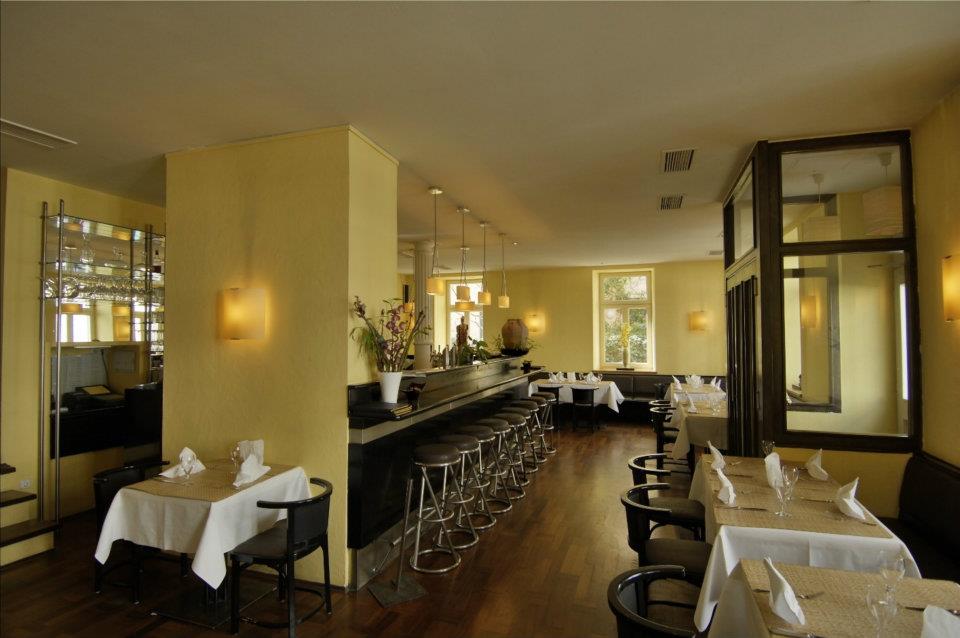 I’m looking after my neighbour’s shih tzu mongrel at the moment and we’re having a whale of a time. Last night we met a neighbour and his dog for dinner at Kao Kao, an Asian crossover restaurant, which I discovered while walking the dog along Tulbeckstr. – and saw that they had a delightful little courtyard.

Alas, the courtyard was closed when we arrived, the evening was cooler than expected, so we sat indoors – which is unfortunately rather soulless in comparison.

We ordered the fish soup with corn, lemongrass and coconut milk to start, and shared the fresh spring rolls with glass noodles. The soup was delicious, but the spring rolls were a little dull.

I chose the duck with macademia nuts and vegetables to follow, and the duck was perfect. Very little fat, beautifully pink and tender, and the sauce was to die for. The rice was sticky, and wonderfully seasoned.

The neighbour ordered a hazelnut cake with white chocolate ice cream for dessert, but the duck had left me in something of a food coma.

Overall, I was left disappointed – the mains were good – but at almost 20 € a pop, there are cheaper places to go for Asian food in Westend. And it’s not exactly the kind of place you go to for a special treat – it lacks that certain something that Marais Soir, for example has. If you’re after a decent duck dish, it’s ok…but don’t traipse over to Westend for it.