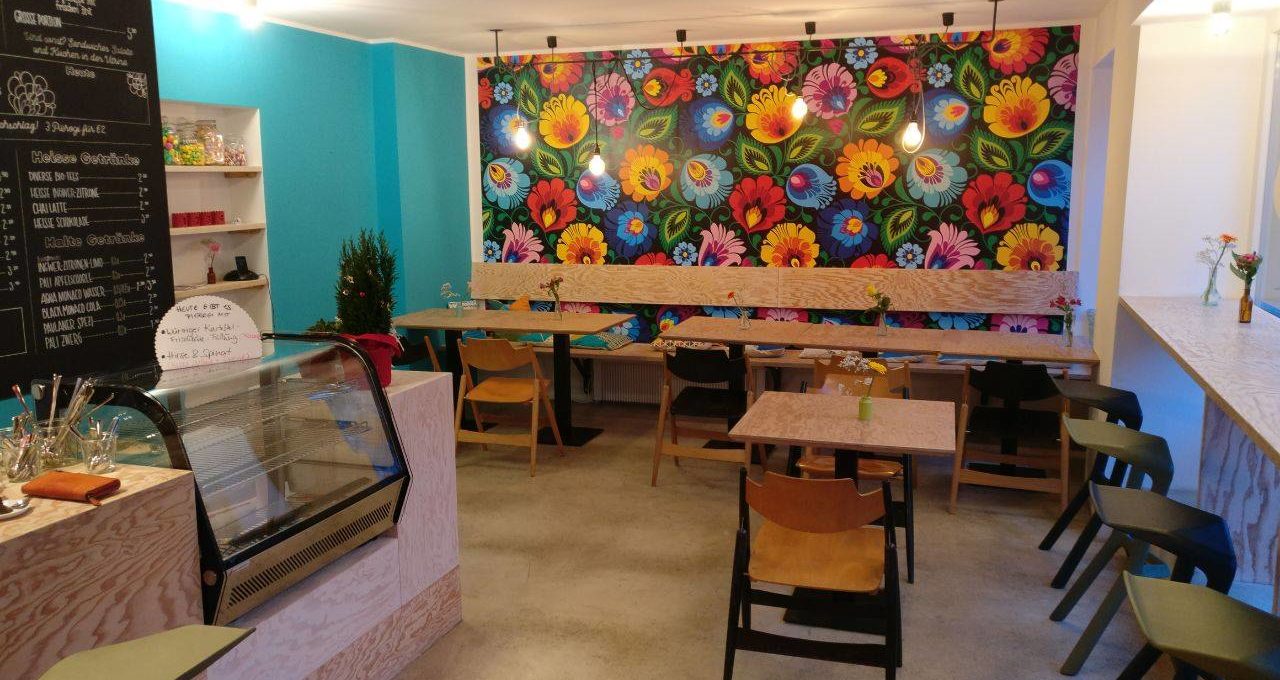 Kinga Belza took over La Vokue just before Christmas. She’s given the small Westend cafe an overhaul, adding a few colourful, personal touches. And she’s turned it into Babuni – a Polish pierogeria. From Monday – Friday, you can pop by to sample fresh and hearty Polish cuisine – from bortscht and other seasonal soups, to handmade pierogi (both savory and sweet) and herring salads (apparently ideal for those suffering a hangover!).

This is Belza’s first foray into running a cafe – though you wouldn’t know – she’s meticulously organized. Previously, she worked in an agency as a user researcher and content strategist. Since childhood, she’d dreamed of opening a cafe – and particularly one that celebrated Polish cuisine: “Pierogi are delicious – and I don’t know of a single person who dislikes them – they’re so variable.”

And so Belza worked on a concept, and planned on opening her cafe elsewhere in Westend. When that fell through, she met Amrei Lang (La Vokue) by chance and a couple of weeks later, opened up Babuni.

Her favourite fillings? “The classic is cabbage and mushrooms, but I’m really into lentil and bacon pierogi right now. I’d never tried them before – my cook, Ada, introduced me to them. And I’m looking forward to warmer days – sweet pierogi with blueberries are a dream.”