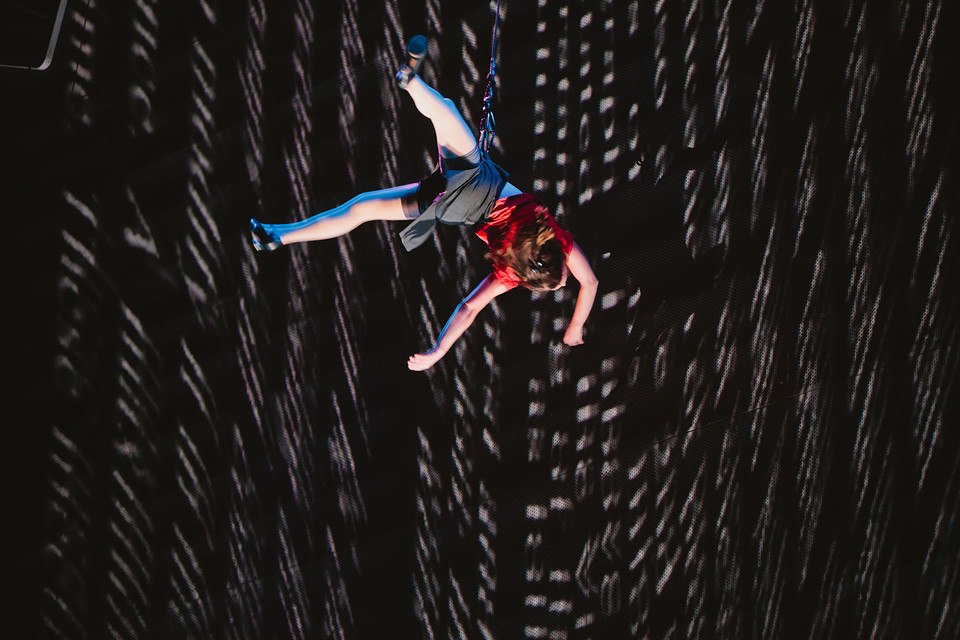 The Liverpudlian theatrical ensemble have been performing at Tollwood for almost a week. Their final performance is tonight, at 10pm (it lasts around forty minutes), and I can’t emphasize enough just how breathtakingly good the show was.

The focus is climate change. There are dozens, if not hundreds of disaster movies out there. Documentaries warning us of flooding, fires and famine caused by the way we’re treating our planet. If you’re honest, do you really pay that much attention to the message any more? Have you actively done something to help combat climate change?

As The World Tipped is a call to arms. It’s not a simple documentary. They don’t preach stats and figures. Instead, a canvas is tipped – from horizontal to vertical – with dancers remaining on the canvas the entire time, held by a harness. Onto the canvas, harrowing HD films are projected, showing just how our planet is changing. Whereas these images are often something quite abstract – who can say at first hand how awful famine is? – the performers are integrated into the film and climate change becomes something very real.

Quite how to describe the show beyond that is no easy task. It’s artistic, ambitious and a creative way of engaging people in climate change issues. 0 comments on “As the World Tipped, Tollwood”