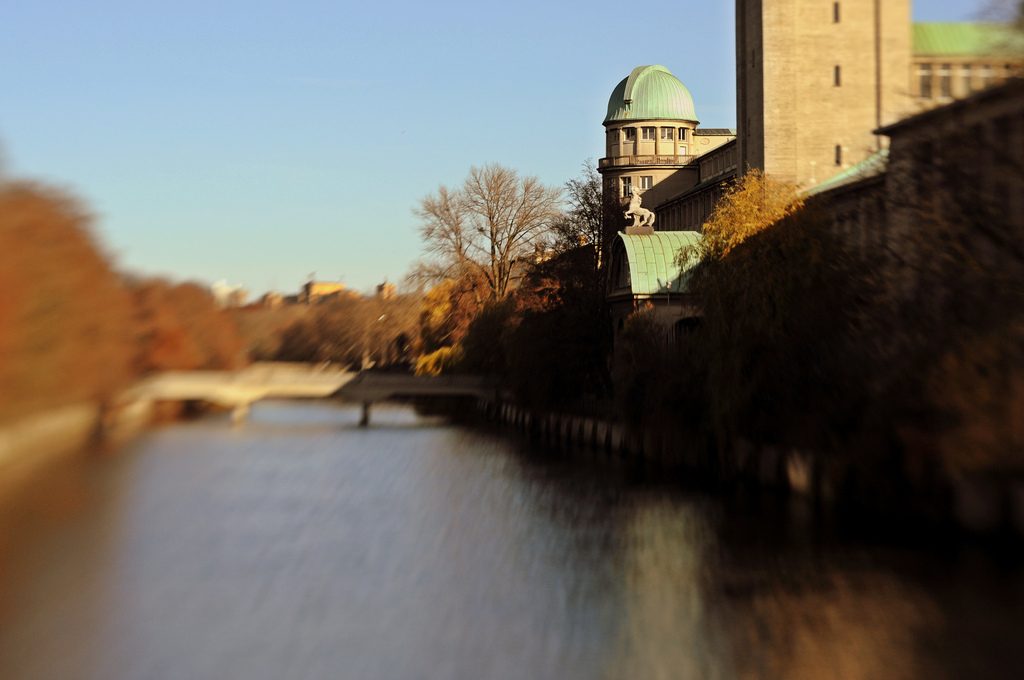 I spent yesterday in the world’s largest science and technology museum – the Deutsches Museum – I’ve lived here for five years, and had never been before, so decided it was high time.

Half of Munich seems to visit the Deutsches Museum at the weekend, but it’s so big it doesn’t feel crowded. Oskar von Miller, a German engineer, fulfilled a lifelong dream when he founded the Deutsches Museum in 1903, dedicated to science and technology. Miller had famous scientists and entrepreneurs such as Max Planck (originator of quantum theory) and Wilhelm Röntgen (who discovered X-rays) help him plan the layout of the museum. Finally, on his seventieth birthday, the museum was ready – in 1925.

Fittingly, Oskar von Miller died in April 1934 in the Deutsches Museum, the place he loved so much – of a heart attack.

It’s way too big to see everything properly in just a day, especially as I was keen on a lie-in and a lazy breakfast, so we arrived early afternoon, so we decided to check out a small part – starting with the ships. We moved on to the aviation section, where I could have spent all day – gliders, passenger planes, military planes, helicopters – and lots of information on motors. Did you know that the world’s first Diesel engine is to be found in the Deutsches Museum? It was invented back in 1893 by Rudolf Diesel (who died a very mysterious death in the English channel, which is still the focus of many conspiracy theories today).

Then, we headed up to the space section, where there was lots of information on Isaac Newton, the planets and man’s voyages into space.

My boyfriend, a true nerd, was itching to visit the information technology department and check out some old computers, so we headed that way. The telecommunications section was a particular favourite – hugely interactive and thus easy to learn a lot.

There’s currently an exhibition running entitled @HOME – which focuses on our relationship to the internet. It was super interesting, and relevant to all of us in this age of social networking, online games and bloggers.

There were booths where you could hear various people discuss topics such as violence and pornography, politics and democracy, and so on. Then there were other booths with short films from various people – gamers, your average Facebook user, school pupils addicted to social networking. And there was a lovely little lounge area, where you could pick up a phone and hear the views of friends and acquaintances of the stars of the short films. (Particularly amusing was that the Swiss documentary “star” and her family/friends’ voices were dubbed into high German). As the tannoy announced it was time to leave, we’d barely seen half of what there was to see. Next time I’m determined to make it to the top of the observatory – and I read that if you keep an eye on the Beobachtergruppe, you can sign up to free star-gazing sessions when the skies are clear. The observatory’s currently closed due to renovation, but let’s hope it reopens in time for summer.