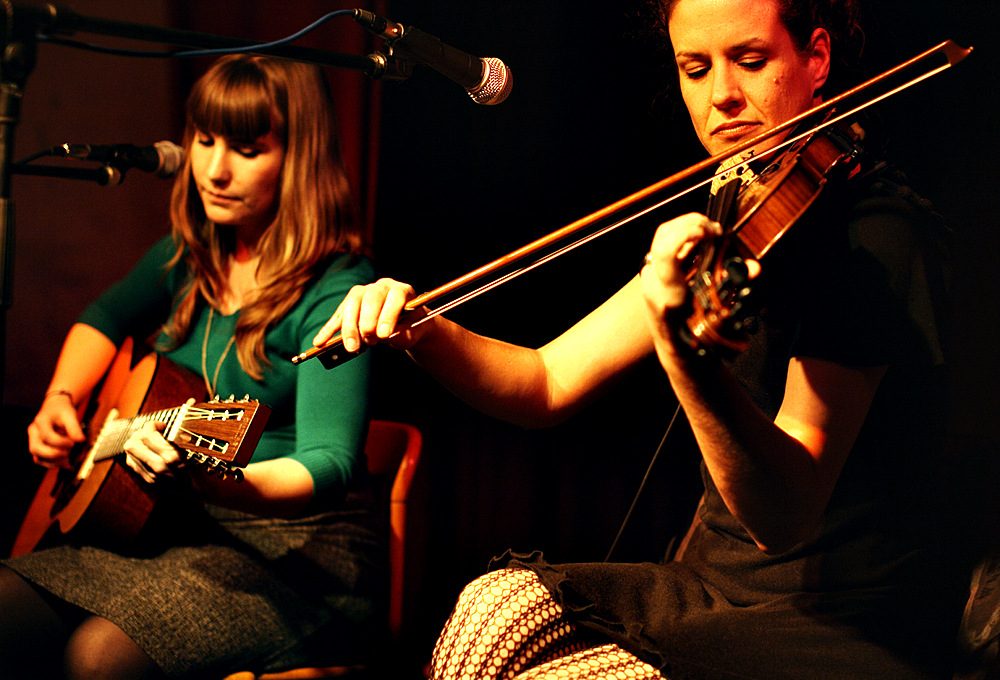 Californian singer-songwriter Emily Jane White is back in Munich on Monday, playing at the Kranhalle. She released her fourth studio album Blood / Lines in October and is in Europe promoting the album. Tickets cost 17 € on the door.

The place to be on Monday is the Blackbox, in the Gasteig. Nineteen year old sensation George Ezra is playing and he will blow you away. Tickets are only 12 €, which is a steal for such a talent.

Brighton band Toy are playing the same venue on Tuesday. The Guardian once described them as “like members of a 1972 krautrock band” and they’re an affable psychedelia five-piece that make fun music:

The regular Milla Song Slam‘s on Tuesday, with tickets costing 8 €. If you haven’t yet been to Milla, it’s a great excuse to check the venue out – it’s my favourite club in Munich.

And there are still a few tickets remaining for Puccini’s Madame Butterfly at the Nationaltheater on Tuesday. I recently listened to the music from the opera while having a wisdom tooth out a couple of weeks ago, and unfortunately it’s still a little too soon to be hearing it again.

On Wednesday, Scotland’s John Niven is in town, reading from his new novel Straight White Male at the Volkstheater. He’ll be accompanied by his German reader Nagel, who’s currently getting the ladies all hot under the collar on Twitter.

Also on Wednesday, the New York based curator Mark Beasley will be presenting at the Kunstverein, as part of the La Voix Humaine exhibition currently on. The talk is entitled The Further Adventures of Parlando, Melisma and the Cookie Monster: A brief history of unique singing techniques and will cover a brief history of vocalisation and extended vocal technique from female pioneers Patty Waters, Cathy Berberian and Joan La Barbara.

Munich harpist MarieMarie is playing at the Ampere on Thursday. I adore her music, I love her style and I’m so glad she’s doing so well. ARTE screened a portrait on her music recently and I’m so happy that she’s getting that kind of exposure. If you go to any concert this week, make it this once. Tickets cost just 17 €.

Big contenders for the wackiest band name of the week, Missouri indie-poppers Someone Still Loves You Boris Yeltsin are playing at the Orangehouse on Thursday. The music’s perfectly agreeable, but please, please go see MarieMarie.

From Friday until the end of the month, the Gasteig are playing host to a Turkish film festival. It opens with Araf – Somewhere in Between, which won a couple of festival awards but hasn’t received great reviews since. However, the documentary Crossing the Bridge – The Sound of Istanbul, directed by Fatih Akin, is showing on Sunday and looks superb.

Also kicking off on Friday is an exhibition dedicated to the Paris-based photographer Florence Henri. The exhibition will run until mid-September at the Pinakothek der Moderne.

On Saturday, Berlin psychedelia is at Strom, with King Khan & The Shrines. They are tremendous fun, and will warm you up nicely for the post-gig guitar sounds at the Visions Party with DJ Albert Royal.

Our friends from the Flowerstreet record label will be hosting a party at Hansa39 on Saturday. Several Munich indie folk bands will take to the stage, and at 10 €, it’s a super cheap mini festival for a Saturday night.

If you fancy something a little classier, there will be a concert in the Pinakothek der Moderne on Saturday night, with music from the Austrian composer Friedrich Cerha. Tickets cost 30 €, but are half price if you’re a student.

The Wild Feathers are playing the Kranhalle on Sunday, and you couldn’t wish for a better Sunday night band. Buy a bourbon and get ready to sway along to their Nashville Americana.

And if you’ve been doing some spring cleaning and have had a clear out, gather together your old clothes and head down to the Eine Welt Haus – they’re doing a clothes swap from midday onward on Sunday. A great cause and a lovely bunch of people.

0 comments on “Next week in Munich – Toy, John Niven, MarieMarie”