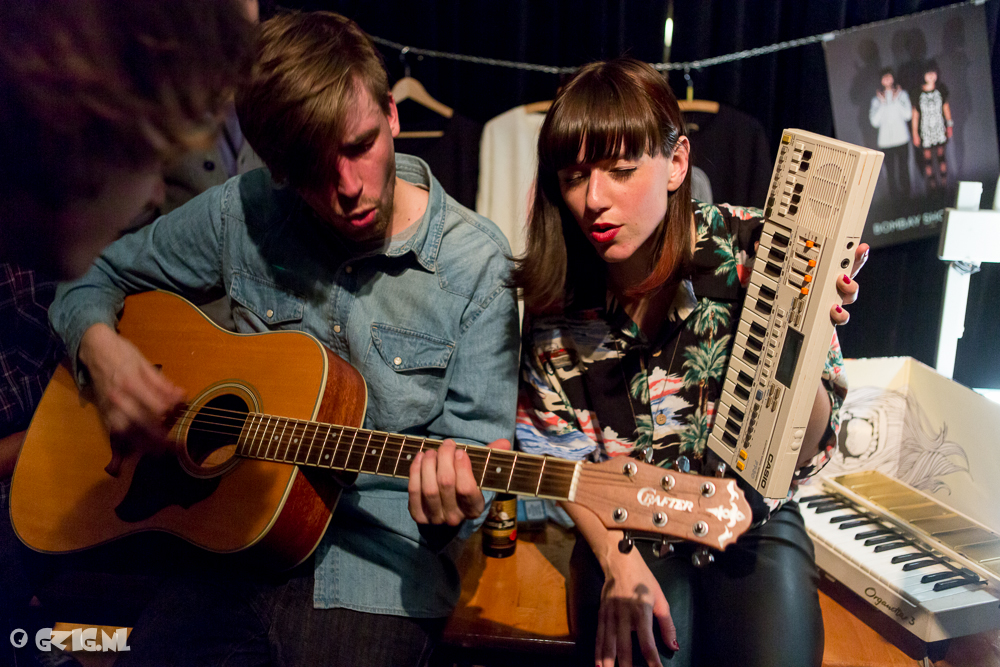 The week starts with a bang on Monday, with Exposed being shown as part of the DOK.fest – a neo-burlesque documentary from New York:

It’s being shown in Atelier 1 at 9.30pm and it’s been tipped as a festival tip. I managed to watch The River Changes Course last week as part of the DOK.fest and was fascinated (though it was incredibly sad). There are so many wonderful international documentaries showing at the festival, and you only have until May 15 to catch one, so check out the program asap.

The Glockenbachwerkstatt are having an evening of Ambiosonics on Monday – and it’s completely free. All sorts of electronic music – from chillout to dancefloor will be performed live on stage. If you’re into experimental electronic music, head down for a beer and soak up the atmosphere. If you’re wondering what the sounds are like, this stream should give you a clue.

The Japanese ukelele duo from Munich, Coconami, are playing Ruffini on Monday. My tortoise LOVES them, you will too:

Tuesday’s all quiet on the culture front, which is just as well, as I need to get some summer dress shopping done. Wednesday sees Minneapolis folk band Dark Dark Dark at Strom (Strom is fast becoming my favourite gig venue in Munich), and their sound is lovely:

Dutch Duo Bombay Show Pig are playing at another close contender for favourite Munich gig venue – Milla, with tickets costing 12 € on the door.

On Thursday, Ellie Goulding’s at the Muffathalle – playing the postponed gig from the end of April. If you don’t already have a ticket, tough luck I’m afraid – it’s completely sold-out.

On Friday, Munich band Young Chinese Dogs are playing at the Kulturzentrum Messestadt Riem – they’re lovely and if you haven’t yet seen this folk version of Macklemore’s Thrift Shop (Young Chinese Dogs play too), you really must:

This Bavarian version is also amazing:

Oh, and One Direction are playing the Olympiahalle on Friday, for all those of you with thirteen year old daughters. Most probably completely sold-out.

For those a little older, Bon Jovi’s playing the Olympiastadion on Saturday! I saw him a couple of years ago (I was given tickets) and he was actually great fun. Pink will be competing for your ears inside the Olympiahalle on the same day (and on Sunday, it seems she’s popular here in Bavaria).