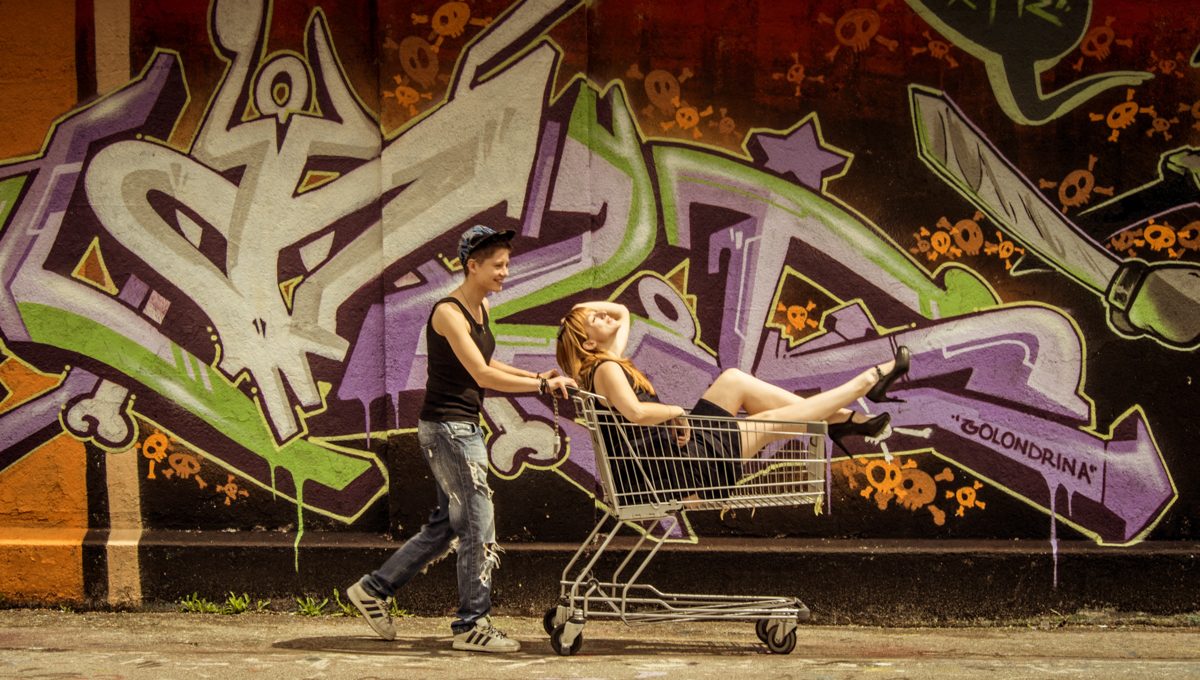 I hope you had a good NYE and have recovered from all that partying and overeating during the holidays. I spent New Year’s Eve with friends, toasting marshmallows, drinking wine and eating well.

If one of your resolutions for 2015 is to learn something new, you should start off in the Muffathalle on Tuesday. At acTVism Munich, the likes of Noam Chomsky, former MI5 agent Amy Machon and The Real News Network’s Paul Jay will be talking about whistleblowers, activism and alternative media (either in person or via webcam). It sounds like a fascinating event (held in English), and tickets are just 8 €. There are just 170 spots available, so sign up in advance here.

On Wednesday, Volker Bertelmann, better known as Hauschka, will be playing at the Muffathalle alongside musicians from Munich’s philharmonic orchestra. Tickets to see the pianist cost 30 € on the door.

Also on Wednesday, GQ are hosting their annual First Look at the Goldene Bar. Munich’s Charly Bravo will be providing the music, and Sweden’s Axel Klubescheidt will be guest bartender for the night.

On Thursday, Limoges-born Julien Agot, aka Somewhere Underwater, will be performing at Milla with his band. Now living in Munich, he’ll be celebrating the release of the band’s first single, Spring Kills My Energy, out on AdP Records. Tickets cost just 10 € on the door, and Munich indie band CNGRTS will be supporting.

On Thursday, Friday and Saturday, Paquita‘s showing at the Nationaltheater – a ballet that’s been restaged by Alexei Ratmansky, and which the New York Times recently described as “fascinating, charming, surprising”.

There’s a cool food market on at MMA on Friday, called Hall of Taste. Celebrating street food, it’s a chance to spend the evening trying the best of Bavaria’s street food trucks – Chivito: King of Sandwich will be there (I can vouch for their delicious sandwiches), as will gourmet hot dog makers Isardogs, real Napolitano pizza chefs Napo Amo (who I’m really keen to try), and smoothie makers Charlie Green (if you’re trying to be healthy in January). It all kicks off at 4pm, so eat a small, late breakfast, forego lunch, and eat your way through the evening.

Head to Milla afterwards for Plug and Play, where Marian Herzog will be on the decks. Entrance costs 8 € and doors open at 11pm.

All of next weekend, Backstage is celebrating its 24th birthday. There are all sorts of events going on over the weekend, mostly metal, and the full program is online here.

From Friday until Sunday, La Boheme will show in Munich’s smallest opera house – the Pasinger Fabrik. Tickets are available via München Ticket.

On Saturday, Sendling Boogie Breaks is back for the first party of 2015 in Sunny Red. Also on Saturday, artist Andrea Sömmer will be hosting a vernissage at SUB (Müllerstr. 14), Munich’s gay communication and cultural center. She will be presenting her photographs in an exhibition entitled randGRUPPE (fringe groups), focusing on discrimination and equality. This trailer for the exhibition is lovely.

And if you fancy some culture and the warmth of a gallery, the Amerika Haus is exhibiting some cool photographs at the moment, entitled Canada’s Arctic: Vibrant and Thriving.

2 comments on “Next Week in Munich – acTVism Munich, Hauschka, Hall of Taste”