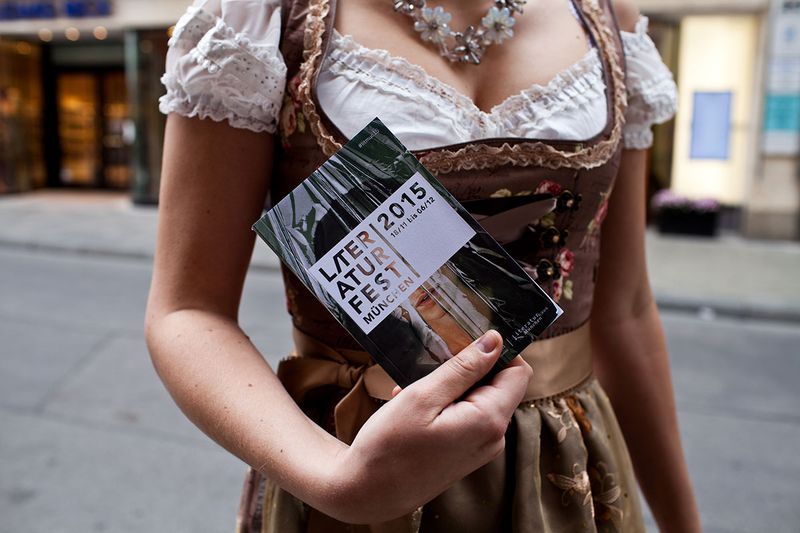 Munich’s annual literature festival starts on Wednesday, and there are some great authors in town to talk about their books. This year, Munich author Albert Ostermeier has been asked to oversee the literary program, and he’s curated a fantastic program for the two and a half week long festival.

The highlight of the Literaturfest is Salman Rushdie at the Cuvilliés theatre (Residenz) on Thursday, November 19. He’ll be discussing free speech and religion, and tickets are available here.

Also on Thursday, Man Booker prize winner Eleanor Catton will be at the Literaturhaus, to discuss The Luminaries, which has just been translated into German (it takes a while to translate 800+ pages!).

On November 23, John Niven will be back in town (along with his German sidekick Nagel), to talk about his latest book, The Sunshine Cruise Company, which is called Old School in German. He’ll be at the Gasteig’s Black Box, and tickets cost just 10 €.

I really enjoyed Irish author Anne Enright’s novel The Gathering, for which she won the Man Booker prize in 2007. Unfortunately, I haven’t read anything else she’s written, but her latest novel The Green Road has received critical acclaim. She’ll be talking about it at the Literaturhaus on Tuesday, November 24.

I’m also very keen to catch Jenny Erpenbeck at Milla on Tuesday. If you haven’t read End of Days, you really must – it’s the saddest, most powerful novel I’ve read in a long time. Her latest novel Gehen, Ging, Gegangen was nominated for the German Book Prize this year, and very topically deals with refugees.

And finally, I recommend you catch Harald Martenstein at the Black Box on December 4. I avidly read his (often very humorous) Zeit articles, and he’s just released a book about the DDR.

The full program’s online here – let me know what you’re most looking forward to!