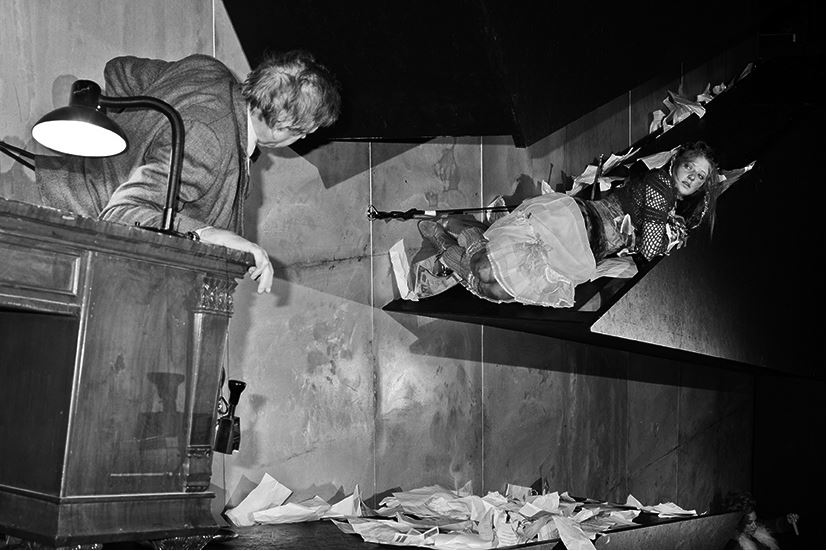 Tomorrow sees the premiere of Ibsen’s penultimate work – John Gabriel Borkman– in Munich’s Kammerspiele. Norwegian Ibsen was one of the most prolific playwrights of the nineteenth century, yet John Gabriel Borkman has received mixed reviews over the years (most complaining that it does drag somewhat). 2010-2011 saw a revival of the play (adapted by Frank McGuinness), with Alan Rickmann playing the eponymous character, a corrupt banker who, eight years after his release from prison for embezzlement, remains incarcerated in his own home. With the current economic climate, there’s little wonder why directors see the modern relevance of an 1896 play which focuses on a disgraced banker. Borkman and his wife, Gunhild, occupy separate floors of the house, which belongs to Borkman’s former lover, Ella. There, Borkman impatiently paces the floorboards, enraging the bitter Gunhild, while she stews over his sullying of the family name. Gunhild has high hopes that her son, Erhart, can help to resurrect the family’s status. He has other ideas – he’s in love with a wealthy divorcee, who uses Erhart as her plaything. Ella arrives, with the intention of asking Erhart to marry her – which Gunhild, the overbearing mother, forbids. The play rolls forwards, but without any real suspense, and the denouement offers little in the way of surprise.

It’s a difficult, gloomy play to transfer to the stage, requiring a clever mise-en-scène, and a high-quality sound design (to recreate Borkmann’s pacing footsteps upstairs, for instance). Whereas previous adaptations have tended to focus on realism, Armin Petras, director of the Kammerspiele’s adaptation, has gone for a more abstract take. The separate floors of the house are shown in a surrealist and zig-zag manner, presumably to aid the occasionally slow pace at which the play proceeds. In McGuiness’ adaptation, there was little space for empathy for the characters – they were all odious, selfish and stupid in their own ways. It will be interesting to see if Petras aims to portray the characters more sympathetically.

Ibsen has a catalogue of plays focusing on realism and society’s moral values, and John Gabriel Borkman displays these with his allegorical play – it’s a clear indictment of capitalism and humanity’s selfishness.