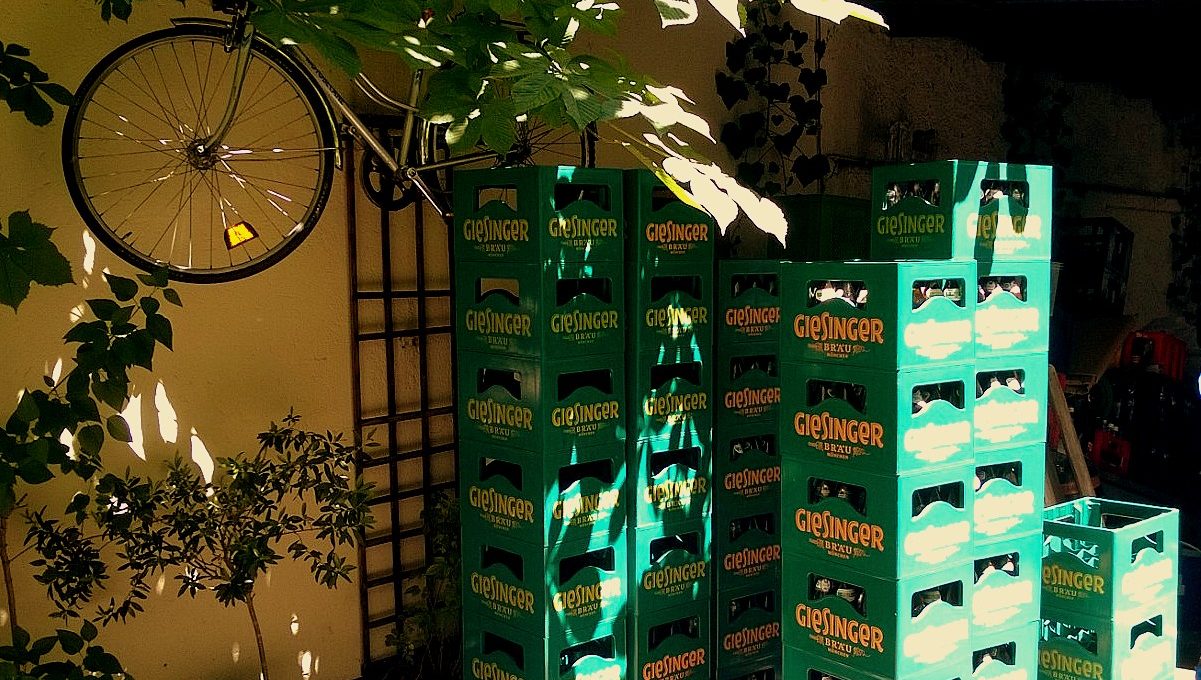 Surely one of the most glorious things in life is being able to spend a Friday afternoon in a brewery. Last week, Verena invited me to join her for a tour of the Giesinger Bräu brewery – and to sample some of their excellent beers.

Despite having lived in Bavaria for the past six years, I had never been on a brewery tour before, and I was rather excited. I’m growing my own aroma hops at home, and was keen to learn the tricks of the trade – and to snag some insider tips from the master brewer, Simon Rossmann.

I was handed a Helles and we got started – we visited the garage where Giesinger Bräu grinds its malt. Demand for Giesinger Bräu beer far exceeds its production levels, and it is set to move grounds in September, to be able to produce more than the 1,900 hectolitres that are currently produced annually.

The garage reminded me of Breaking Bad – a Heisenbergesque lair where various types of malt are cracked in the malt mill:

After the malt has been cracked, it’s carried over to the brewery to be steeped in hot water – this converts the enzymes in the malt from starch into sugars. The result of this is non-alcoholic wort – Würze in German. We got to try the wort, and I was rather taken with it – it tasted a bit like warm, sweet, freshly baked bread. Apparently it’s rather good for you, too. The wort is then combined with hops, to give the beer flavour. Giesinger Bräu uses a whole host of hops – the Bavarian Hallertauer Tradition is the main hop in its helles, and the Hallertauer Mittelfrüh is used in their (really good) Festbier, the Märzen. Giesinger Bräu has been running for the past seven years and is made up of a lovely team of eight. It is a small, welcoming little brewery in Giesing, and if you want to support small, local businesses, you should head down to the brewery (until September at Birkenau 5, not too far from Kolumbusplatz) to load up your car with some fantastic beer.

The brewery also sells beer liquor (for a different birthday gift) and every now and then, offers some Spezial Bier – I was allowed to take a couple of bottles of the brewery’s exclusive “TNT” home with me – a beer with aroma hops added at the end – which was a deliciously flavoursome summer beer (unfortunately, not for sale right now).