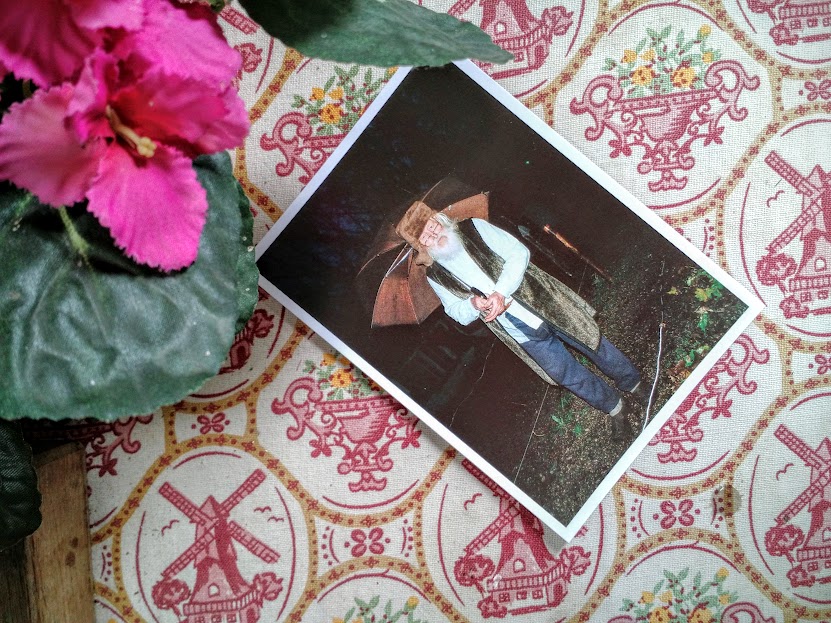 This is the first time I’ve written a post about a church on Arts in Munich. All of the guide books point you to the Frauenkirche and the ostentatious Asamkirche in the Sendlinger Straße, and they all urge you to climb the Alter Peter’s tower, but few people pay a visit to Väterchen Timofej’s Ost-West-Friedenskirche at Olympiapark. It was so cool, I thought you might like to pay a visit too.

I’d walked by it a dozen times before, but had no idea it was anything special, until Hidden Munich posted an intriguing photo of it on Instagram. That afternoon, I headed out for a stroll to check out one of Munich’s hidden treasures.

The whole tale surrounding the church is pretty incredible. Its founder, the man locals affectionately know as Väterchen Timofej was born in Russia in 1894, and the hermit led quite a life. He arrived in Munich from Vienna via the war in 1952, with his partner and wife-to-be, Natascha. At that time, the area around Oberwiesenfeld was full of rubble from the war. The Olympic hills are actually piles and piles of war rubble – something I wasn’t aware of until a couple of days ago.

It was there that Timofej experienced an apparition of the Virgin Mary, and decided to stay and build a church there. He set about building a house, a chapel and a church on the grounds, using just his bare hands. Without any help whatsoever, he constructed the three buildings in his own, very quirky manner – the ceiling of the church is covered in chocolate papers, for example. He lived to be 110 years old, passing away in 2004, and leaving behind quite a legacy – because of him, the Olympic grounds are located a little further north than originally planned, there’s a children’s book about his life and he’s known as the oldest Münchner.

It’s a great little place to spend half an hour visiting – peaceful, a little weird and very sweet at once.