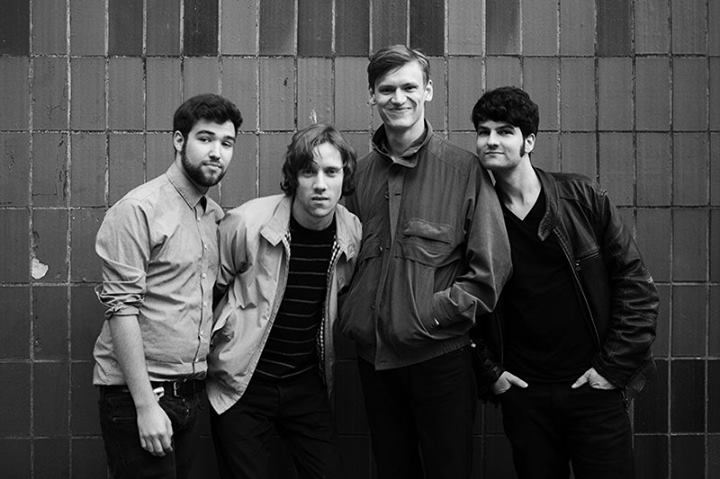 Isn’t it autumnal of late? It’s still a bit quiet on the events front, but things are picking up a little. Until 8 September, you can catch some traditional Bavarian craftwork and music at the Bayernmarkt at Orleansplatz (near Ostbahnhof).

On Wednesday, the beautifully melodic Crooked Hands from Newcastle are playing Milla:

If you enjoyed the above video, you’d do well to pop along – best of all, it’s free! Kick off is at 9pm, doors at eight thirty. Formed in early 2012, the band released their first single in February 2013, and have just embarked on their first European tour. Do go and support them.

On Friday, Munich’s best street band are playing at….wait for it….Ludwig Beck. Not your usual concert venue, but it’s a part of Munich’s shopping night. They really are a lot of fun.

They were founded in 2007, and have managed to put together a rather tight set in the past six years. Earlier this year they supported Sportfreunde Stiller on tour, and this time they’re back to headline their own tour.

On Saturday, Energy in the Park is taking place at Olympiapark. I really can’t recommend it, as it’s just not my sort of music, but it is quite a big event, so I thought I should give it a mention. Gentleman will be there, which is cool. But then there’s the likes of Jan Delay and Tim Bendzko…yeah.

However, Neuraum is celebrating its fourth birthday! For 30 € you can get a pint of vodka and four Red Bulls (Jesus!), and they really do have quite a party planned. It’s actually kicking off on Friday, and continues on Saturday night (see – a party alright), and tickets cost 10 € and can be ordered online. If you do end up there, I guarantee your Monday will be terrible. Though it’ll probably be worth it.

0 comments on “Next week in Munich – Pickers, Crooked Hands, Bayernmarkt”