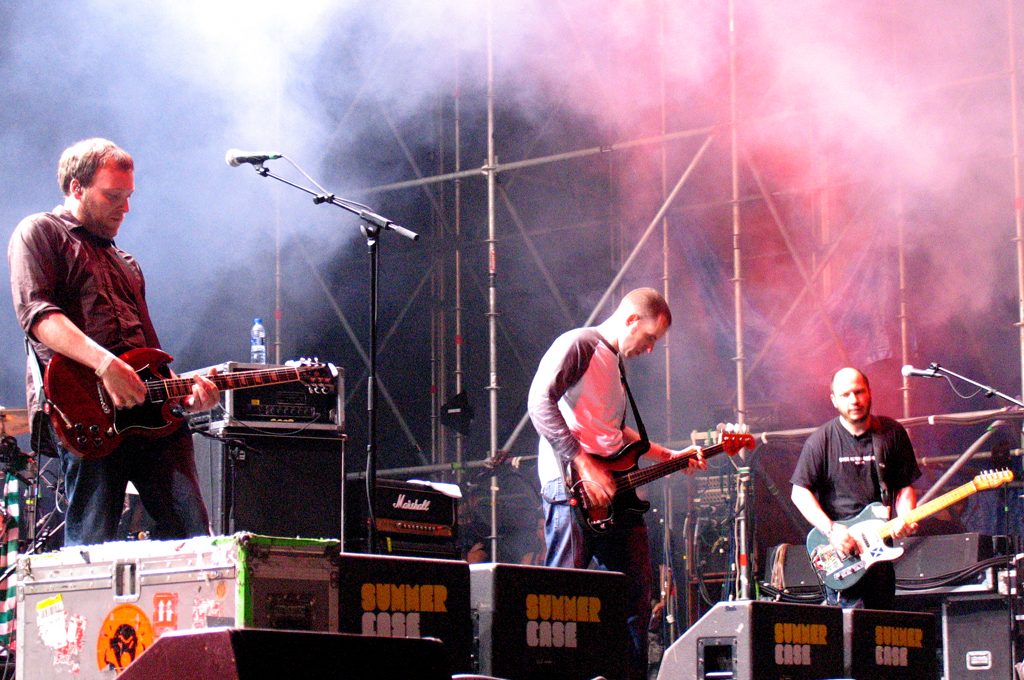 Chicago native Ezra Furman is back in Munich on Monday, playing at the Atomic with his new band, The Boyfriends. He’s a fantastic artist and his latest album, Day of the Dog has received a huge amount of praise from critics. It’s an energetic rock’n’roll album, and the show sounds like a whole lot of fun. This new track from Day of the Dog is such a good tune:

If hip-hop’s more your thing, the Glockenbachwerkstatt are hosting Bless the Mic on Monday – a hip-hop poetry slam. I’ve been once before and it is so much fun. Entrance costs just 4 € and you can expect to see a whole lot of talent on the stage.

Also on Monday, Leeds band To Kill a King are playing at the Orangehouse. They’ve recently supported Dog Is Dead and Bastille and released their debut album last autumn. I have a few qualms with bands who over-emphasize their accent, and lead singer Ralph Pelleymounter is guilty of this, but the music’s still pretty pleasant:

Experimental folk band Beißpony are playing the Favoritbar on Tuesday night – and if you fancy a party, Tobi will be DJing afterwards. The concert will start promptly at 8:30pm, so get there early!

One of the world’s best fingerpicking acoustic guitarists (if not the best), Kansas-born Andy McKee is playing the Freiheizhalle on Tuesday night. He has a seriously large YouTube following – his performance of Drifting has received 48 million YouTube views:

Tickets cost 30 € in advance, and this guy’s a real talent – well worth seeing in action.

If you happen to have read Adam Johnson’s epic novel The Orphan Master’s Son, you can pay a visit to the Amerika Haus on Tuesday night – Dr. Amy Mohr (LMU lecturer in American history, culture and society) will be leading a discussion on the novel at the Amerika Haus’ book club. If you haven’t yet read it, I can wholly recommend it – it’s not an easy read, but it’s a real literary feat – and won the Pullitzer Prize for fiction in 2013.

Stromae‘s also at the Muffathalle on Tuesday night, but if you don’t have tickets yet, I’m afraid you’re out of luck – it’s completely sold out.

Glasgow band Mogwai are in town on Wednesday, playing the Backstage Werk. I heard an interview with them and some preview clips of their new album Rave Tapes a few weeks ago, and thought it seemed like forever until they were in town, and here’s February already. They are one of the most sublime live acts I’ve ever seen, and Rave Tapes, their eighth studio album uses more electronic beats than previously, though the name is a humerous poke to those who think the band’s “gone electro”. It is a change in direction for them, but a very positive one. A live act well worth seeing.

Tickets cost 15 € on the door,  but you can save yourself 3 € by reserving in advance.

Milla‘s also the place to be on Thursday night – Berlin band Empire Escape are playing at the venue. You may know them from their previous band, post-rock ensemble Ikaria – the new stuff is more pop-based, but incredibly majestic with Hendrik Schäfter’s baritone vocals. Tickets are just 6 € if you reserve in advance.

Adam Green’s gig is also pretty exciting this Thursday, but as it’s been sold-out for ages now, I’ll give it just a fleeting mention. Support is from the poetic Munich band Soki Green though, so if you have tickets, get there early to see them. I’ll use this as an excuse to squeeze in this video of Soki Green, playing a fantastic Hauskonzerte show last year:

On Friday, acoustic folk band Moonband are celebrating the launch of their new album Atlantis at the Freiheizhalle. Their music is exactly the sort of thing I like to round a week off with – laid back, good ol’ fashioned folky melancholy. Tickets cost 18 € on the door.

Scandinavia is descending upon Munich on Friday night, with Icelandic band Valdimar playing alongside Norwegian band Kap North at Galerie Kullukcu. I’ve been to the gallery once before for an Iranian film festival and it’s a lovely venue – small, cosy and inviting. Talking of Iranian movies, the fabulous Farhadi movie A Separation will be showing on Arte on Wednesday.

On Saturday, Ellie Goulding’s playing the Zenith. I’m not a huge fan of her work, but she does have a superb voice.

On Sunday, Substanz’s regular poetry slam’s on, but apart from that, it’s a fairly quiet evening. The perfect evening for Tatort and tea.