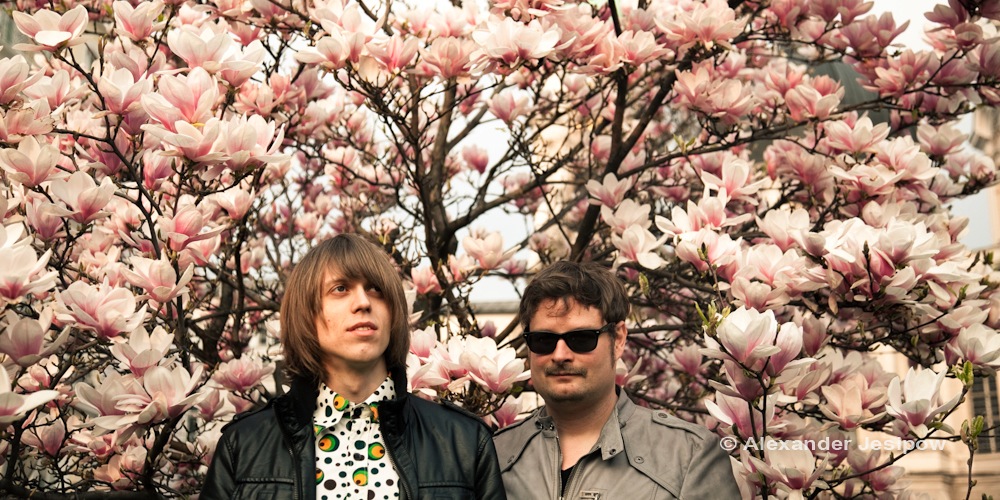 Christmas is creeping closer and closer, are you ready for it? If not, I guarantee that Feuerzangenbowle helps you to feel less stressed when heading into the city center. All Christmas shopping expeditions should begin with a swift rum punch at the Christmas markets.

And now, here’s what the week holds…

All this week, you can enjoy a Golden Shower at the Farbenladen. Four young Munich artists have come together to present their work as a collective. I last visited the Farbenladen around this time last year, when there was lots of mulled wine on offer (let’s hope for the same this year), and what was meant to be an evening of culture turned into a night of complete debauchery in an art gallery.

To be perfectly honest, my last memory of The Fratellis is circa summer 2006, dancing rhapsodically to Henrietta in Snobs nightclub in Birmingham. Well, much to my surprise, they’re still going (they did have a three-year hiatus though) – and they’ll be playing Strom tomorrow night at 8pm. I’ve not heard any of their new stuff (though it has been well received) and the gig is now completely sold-out, so here’s Henrietta for you instead:

On Tuesday, another band of my student days are in town. London’s Turin Brakes have just released their eighth album We Were Here and will be playing at the Atomic Cafe. Cologne indie folk band We Used To Be Tourists will be providing melodic support. Here’s my favourite Turin Brakes song:

Tricky, nominated for the Mercury Prize in 1995 for his debut album Maxinquaye is at Strom on Tuesday. Tickets cost 24 €, which isn’t bad for a chance to see the godfather of trip hop. He released a new studio album earlier this year entitled False Idols on his own record label of the same name, and it’s beautifully hypnotic. He’ll never beat Maxinquaye, a timeless classic, but False Idols is a splendid return to form.

Munich’s own Claire play at Strom on Thursday, with tickets costing 13 €. They released their debut album just three months ago, but they were radio favourites for a long time prior to the album’s release.

Thursday evening also sees a vernissage at the Galerie Andreas Grimm in Türkenstraße. French artist Damian Cadio will be presenting some of his drawings alongside paintings and scratched wax drawings from Kiel artist Katharina Ziemke.

On Friday 13, the Haeppi Piecis pop-up store will open in the Maximilianstraße (number 33) for an exhibition entitled Tumbleweed.

On Friday, local band Elektrik Kezy Mezy will be at the Atomic, playing with The Leprechauns for one of the Atomic’s final concerts of 2013. Tickets cost 10 € on the door, and it’ll be a raucous pre-Christmas event for you indie fans.

Lovely Austrian band Catastrophe & Cure are playing the Atomic on Saturday. It’ll be a more mellow evening than Friday at the Atomic, but equally as enjoyable:

Rounding up the week, Los Angeles’ singer-songwriter Beth Hart is playing the Muffathalle on Sunday. She has quite a voice, and her latest album is super catchy. Tickets cost 29 € in advance and support will come from Vancouver rock’n’rollers No Sinner.

And should you come up for air this week and fancy getting Christmassy, the ice rink at Stachus is open. If you go on Sunday night, it’s two for the price of one.

0 comments on “Next Week in Munich – Claire, Tricky, Turin Brakes”