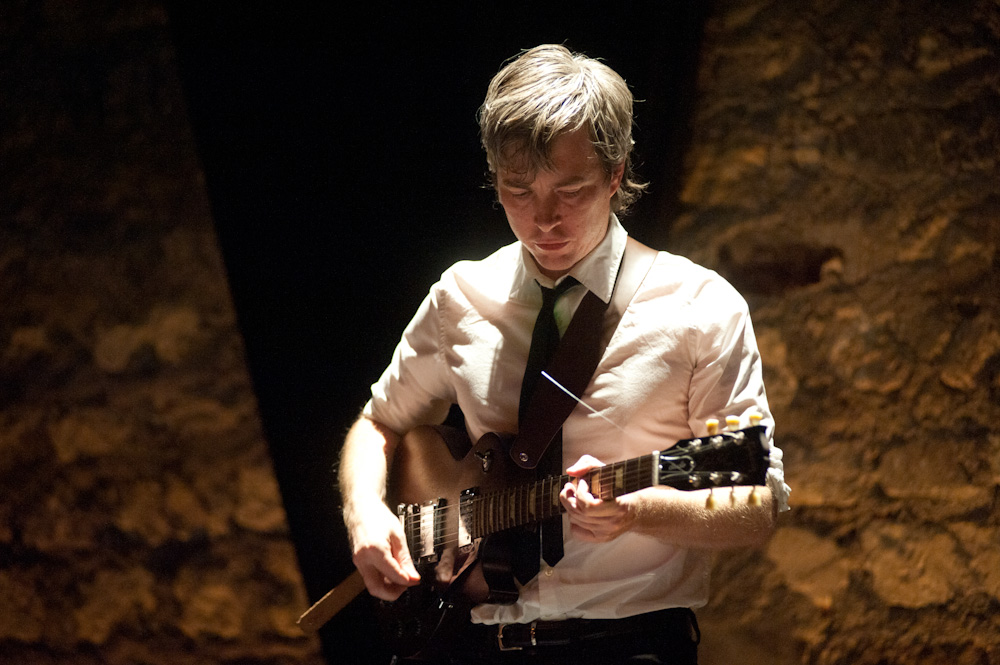 I’m writing this on a glorious Saturday in Munich, on my balcony with a mug of tea. I’m starting to dream of balmy evenings by the Isar, of garden barbecues and endless afternoons at the Freibad. But it’s February, and I’m getting way ahead of myself. We’ll be indoors for another couple of months yet, so to keep us entertained and out of trouble, here’s what’s on where:

On Monday, Sarfati Vini Naturali are hosting a Cannonau tasting event – it costs 22 € and along with a platter of Italian delicacies, including Sarfati’s delicious prosiutto crudo, you’ll be served 4 different Cannonau wines to try.

Berlin band Ja, Panik are playing Strom on Monday. They are very, very poppy, but the music video for their most recent single is pretty funny. Tickets cost 14 € on the door.

New York superstar Suzanne Vega is in Munich on Tuesday night, playing the Freiheizhalle. She released a brand new album (after a seven year break) at the end of January, and is on tour to promote it. I haven’t yet had chance to check it out – for me, her debut album and Marlene on the Wall will remain my favourite work of hers. There are some tickets still available – costing 30 €.

The Amerika Haus are hosting an interesting lecture on Wednesday, as part of Black History Month. Dr. Hackenesch will be asking what chocolate and our consumption of it has to do with racism in Germany and the U.S. It sounds fascinating, and entrance is free.

Pegasus are playing the Kranhalle on Wednesday. Tickets are just 15 € and the Swiss band make rather lovely music:

On Thursday, the Cinemaxx cinema is hosting the German premiere of the movie Imagine – Life Spent on the Edge. It’s a documentary about extreme sports, and the trailer shows some beautifully shot scenes. Acclaimed documentary-maker Thierry Donard directs.

A new exhibition opens at the Alte Pinakothek on Thursday, with an hommage to French painter Sébastien Bourdon’s lime kiln work. The focus is on how close the Montpellier artist’s 17th century painting resembled the reality of the time. If you prefer more modern art, there’s an English guided tour of the Abraham Cruzvillegas exhibition at the Haus der Kunst I mentioned a couple of weeks ago on Friday – just after work, at 6.30pm. The tour costs just 2 €.

From Friday until Sunday, the MVG Museum are hosting the Finest Spirits festival, a three-day festival dedicated to rums, tequilas, bourbons, whiskies, gins…and so on. Day tickets cost 20 € and with that you get a nosing glass, four tasting vouchers and a complementary bus ride from Giesing train station to the MVG Museum. I can particularly recommend trying Elephant gin – a lovely artisan gin from a Hamburg micro-distillery. 15% of their profits go to two African charities that help with wildlife conservation. A great cause, a fantastic gin.

On Saturday, Die Färberei will open New Zealand born artist Douglas Burns’ solo exhibition, entitled the Fragility of Rock’n’Roll. The exhibition is only showing for a few days, and I recommend getting down there on Saturday to check out the vernissage’s accompanying concert from Burns’ punk band The Revisions.

By far the best gig of the week, in my books, is on Sunday, when ever experimental artist Bill Callahan is playing the Freiheizhalle. He released his fifteenth studio album last September, and his mournful baritone and resonant songwriting are as powerful as ever. At his past few gigs, he’s asked venues to close the bar for the duration of his show, so get your drinks in early.

Bombay Bicycle Club are playing Backstage on Sunday. The Crouch End band have just released their new album So Long See You Tomorrow, and their latest single from the album, Luna, is rather lovely. Tickets cost just 20 €.

Munich’s music scene caters for all tastes on Sunday – French ska band Babylon Circus are also in town, playing the Ampere. Oh, and if you fancy the circus, the creme de la creme is at the Theresienwiese – Cirque du Soleil will be performing until early March. Tickets aren’t cheap though – the cheapest are 35 €.