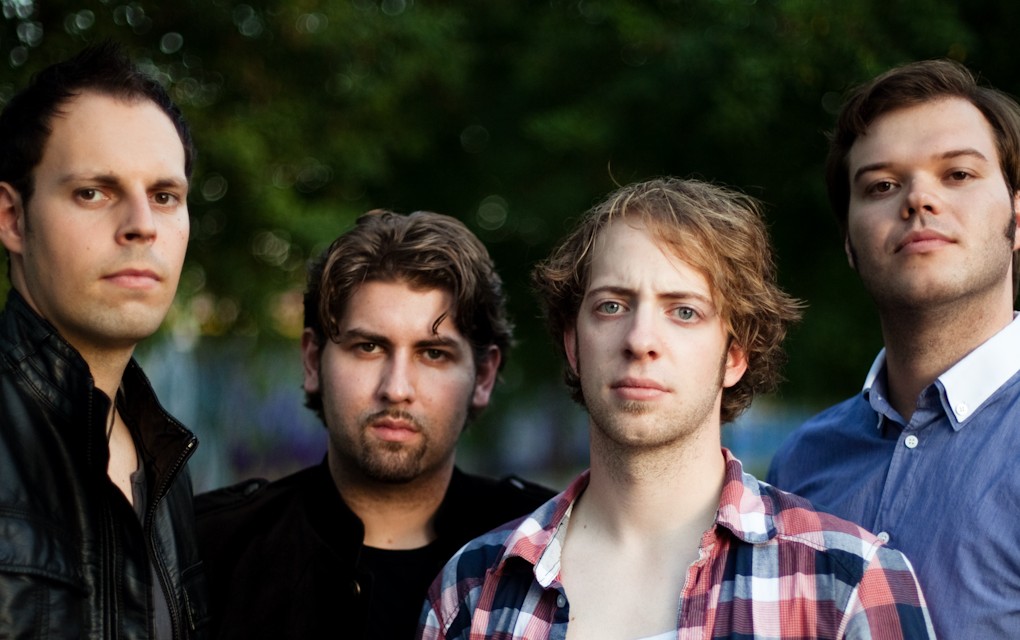 Munich’s Pardon Ms. Arden offer a slice of fun and laid-back Britain in Bavaria. Their Britpop beats are catchy, summery and totally danceable. As we say hello to barbecues, ice cold beers and lazy weekends at the Isar, Pardon Ms. Arden are back with the soundtrack to accompany our balmy evenings – tomorrow they release their new single I Can’t See the Point. But that’s not the only new news, the band has a new member and the foursome are set to go on tour next week. I caught up with lead singer Nick to chat about the new single, new members and new horizons for the Munich indie band.

You’re off on tour soon – apart from Munich, which is your favourite city to play in?

We love playing everywhere. Still, we have started to love Hamburg almost as much as we love Munich. It’s just a city with a very special atmosphere. On this tour we’ll also be playing in cities we have never been to before. So we’re looking forward to seeing new places as well.

You continue to channel a very British vibe – what do you think about contemporary British music? Any band recommendations for us?

There are still a lot of great bands coming out of Britain on an almost monthly basis. However, I do feel that the music business is getting faster and faster. By the time a new and exciting band get their first share of media attention, there is already a new “next big thing” that someone has discovered somewhere. I personally prefer bands that have a rather timeless sound – music that you can not relate to a certain era. One of the few (rather) new British bands that have this kind of quality is a group called General Fiasco from Northern Ireland. Their new EP is absolutely brilliant, I can’t wait for the new album to come out.

You’re also playing a couple of festivals this summer – what’s your best festival experience of all time?

We generally like hanging out at festivals. We just love the atmosphere, it’s a bit like a family meeting. Usually we know a few people from other bands and it’s just fun hanging out listening to friends making music. One of my personal highlights was our show at Frequency Festival a few years ago. Driving around backstage between R.E.M.s tour busses was just priceless.

The new single – talk us through it.

It’s a song called I Can’t See the Point, a tune that has been around for quite some time. We have re recorded the song as a four-piece, and the new synthie sounds that Franz put on the song really made the tune feel “complete” to us. We can’t wait to get out on tour and play it to everybody. The B-side of the single is a brand new song called Slip Away – a track that is pretty unusual for us and that we’re really proud of.

You also have a (fairly) new member – Franz – how did he come to join the band?

Franz joined the group around August last year after he had completed a tour as our live keyboard player. When Tom, Alex and I got back to the rehearsal space as a three-piece, we found that something was missing in the sound but more importantly in the personal situation within the group. You could feel that something had changed and that we needed Franz in the group as a permanent member. That was when we asked him to join.

I know from personal experience that your live shows are energetic and intense – does all that energy leave you exhausted at the end of a tour?

We are pretty much f**ked up at the end of a tour to be honest with you. But it is always worth it. Being in a band is about putting a hundred percent into it. If you’re not willing to give all you’ve got, you shouldn’t be doing it at all. By the time we come home from a tour that went on for a couple of weeks, my voice is completely gone and we all start to get on each other’s nerves. But after three or four days off, we usually get back together to hang out, and then, after a week or so, we are looking forward to getting back out on the road again as quickly as possible.

What’s next for PMA?

We’ll be on tour for pretty much all of this summer. After that we’re going to start recording a few songs and maybe make another album. However, I can’t tell you when it’s going to be released. Probably early 2013.