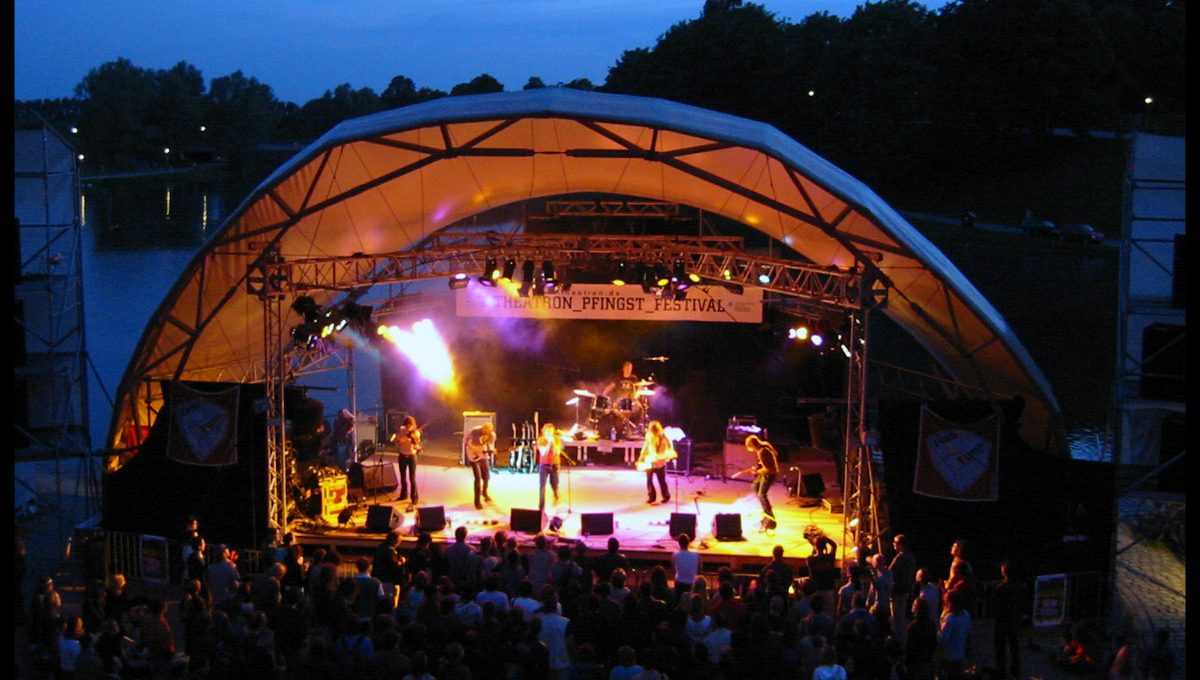 From tomorrow until May 20, the annual Theatron Whitsun festival’s taking place – in its usual location, overlooking the Olympiasee. And it’s all completely free! From 4pm until 10pm, bands from Munich and beyond will take to the stage. Tips as follows:

Sarah Neufeld – Arcade Fire’s amazing violinist is releasing a solo album, Hero Brother, this summer, and you can get a taster at the Theatron on Saturday. Recorded in Berlin, it’s passionate and frenzied. Most definitely one to watch.

Manual Kant – Rock’n’roll from Landshut. Perfect if you want to dance.

Larry and his Flask – It’s hard to put your finger on this band – part punk, part rock’n’roll, a lot of bluegrass – another one for the dancefloor. They played the extreme sports punk Warped Tour last year, so they’re well practiced in showing crowds a good time.

Paper Beat Scissors – Already familiar with Munich, having played a Hauskonzerte secret gig (so beautiful), Tim Crabtree and his beautiful voice are back at the Theatron. He really does have an exceptional voice.

Karin Park – Promoted by the likes of Jo Whiley and Nick Grimshaw, Swedish musician has a real Swedish feel about her – with a similar sound to The Knife. Well worth a watch.

Paper & Places – A Regensburg that make lovely music (if the over-accentuated British accent is a little annoying).