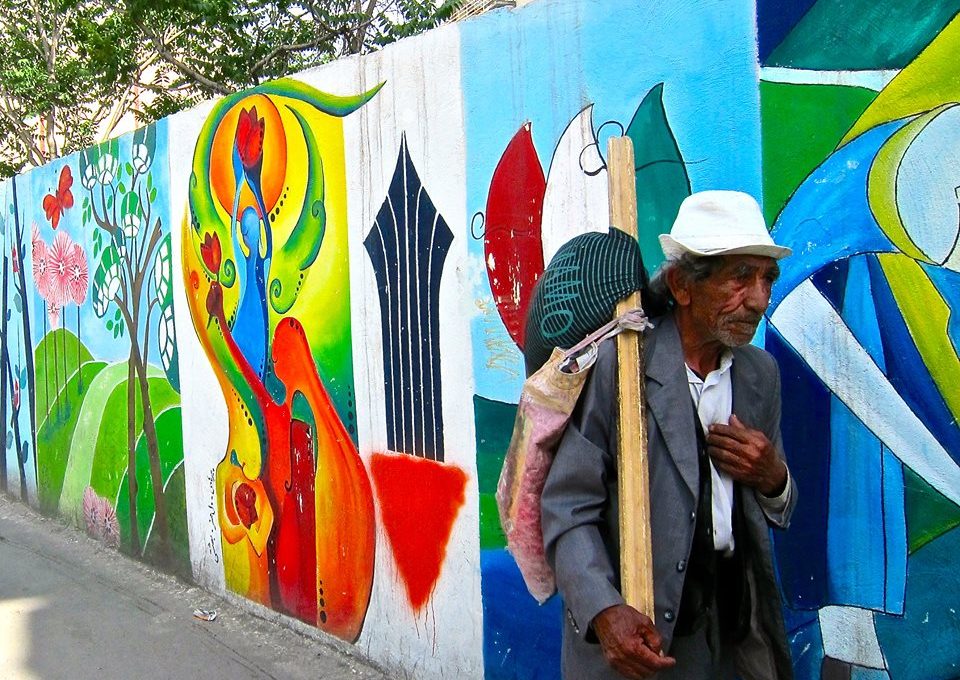 The exhibition Good News from Iran starts today and will run until November 23, with a month-long exhibition focusing on work from fifteen young artists who will present their visions of the country at the Pasinger Fabrik.

As part of the festival, there are lots of workshops and events being held that center on Iranian culture – I’m particularly keen on learning more about Persian cuisine at the workshop on November 23. I visited Iran earlier this year, and spent my time eating hearty dishes with aubergine and rice, warming stews, delicious Iranian flatbreads and gaz nougat aplenty. The course costs 29 €, plus 13 € for material, and the workshop provides an introduction to Persian delicacies.

The young Iranian film director, Kamran Heidari, is also hosting a workshop in Pasing this autumn, on October 18 and 19. He directed his first full-length documentary in 2012, a biopic focusing on Negahdar Jamali, a cowboy film enthusiast from the historic city of Shiraz. The documentary details the amateur filmmakers struggles in Iran, as he tries to make Westerns. His photography and film workshop (95 €) will be conducted in English, and will join those involved in the workshop on a stroll through the city with a camera.

Besides all of these, there are various dance performances and workshops, concerts (the very popular Tehran band Pallett are playing on November 15 and the suberb Langtunes are playing tomorrow night), lectures on Iranian art, theatre and dance and the difficulties that Iran’s political climate pose, and a reading from Helena Henneken, who, like my spring trip, backpacked alone through Iran to learn more about its people.

For the full program, and all dates and prices, click here.

2 comments on “Good News from Iran”