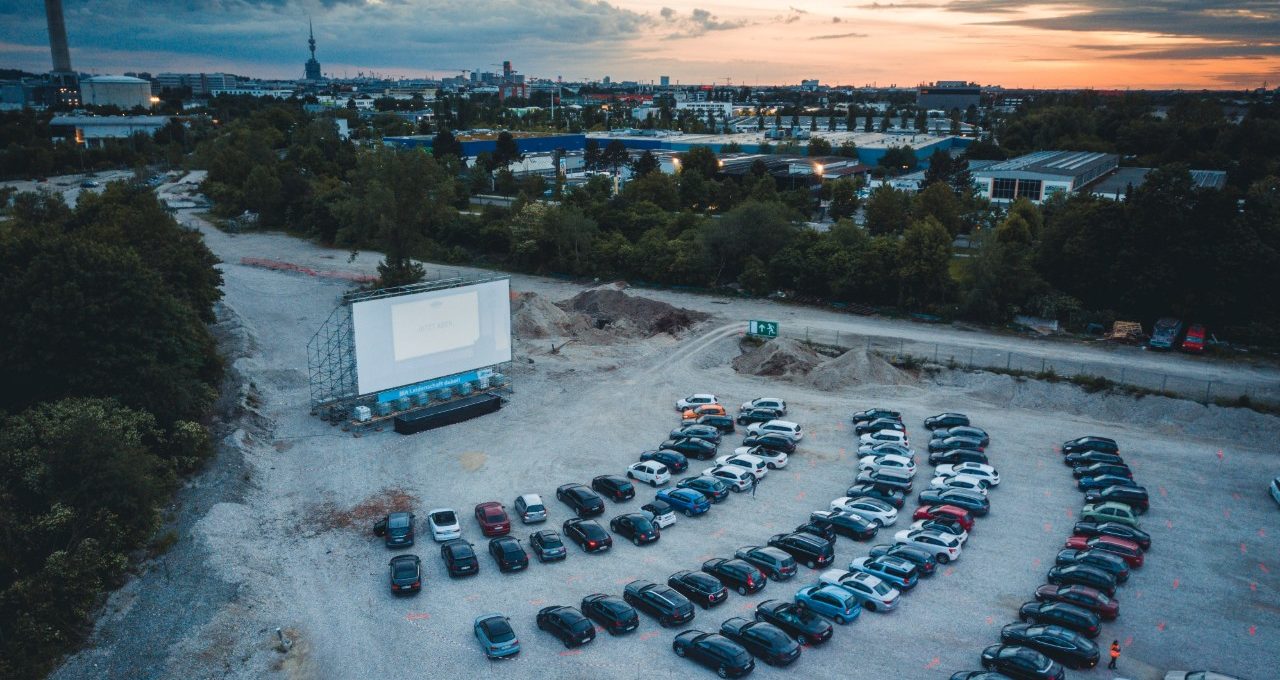 The Zenith car park has been transformed into Munich’s first pop-up drive-in cinema. Half a dozen young cinephiles – all students/alumni of Munich’s HFF film school – joined together to privately fund the creation of the pop-up drive-in, which rather emphasizes their dedication. Now, financial support also comes from M-Net and Fritz Cola, but in order to make the project a roaring success, they need an audience.

The program has been lovingly put together, and there’s something for everyone: J. Lo and Constance Wu’s Hustlers will show on Sunday in OV. It was hyped a lot when it came out last autumn – a movie about strip-club employees who turn against their Wall Street clients. This Vanity Fair piece looks at the real-life inspiration behind the movie.

Grease and Harry Potter are also lined up (though both in German), and the coup for the drive-in is the FilmFest Pop-Up festival that will feature several world premieres of German movies (and one Danish film!). One of those is Faking Bullshit, featuring my favourite German actor, Bjarne Mädel.

Tonight, the 2008 film Berlin Calling will be shown, and there will be a DJ set providing early evening entertainment from 7pm onwards.

Buy tickets online (you can’t buy them there, you have to buy in advance). Films start at 9pm, and doors open an hour before, so everyone can get popcorn, drinks, and tune in to the correct radio frequency. If you don’t have a car, no fear – there are plenty of spots with deckchairs for those who come on public transport.