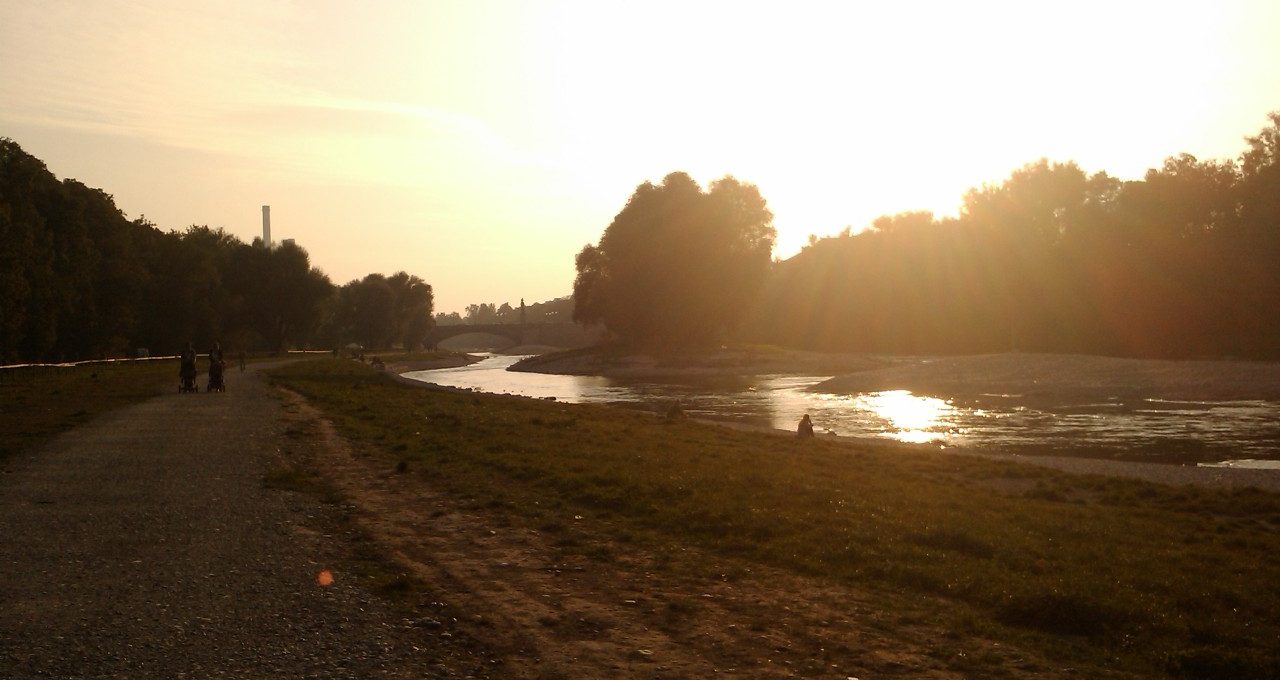 The dance and performance festival Isarsprudel is growing from strength to strength. Isarsprudel began in 2012 as a small celebration of dance and theatre on the banks of the Isar in Munich, and has become an annual festival, featuring artists from Munich, Switzerland and Austria.

Martin Jonas, former director of the Fraunhofer theatre and organizer of the Herzkasperlzelt program at Oktoberfest is at the helm, where he’s been supported from the very beginning by cultural expert Anna Stoffregen, currently living in Münster. Johanna Platter and Katrin Dengler, an art history PhD student and social media consultant, respectively, have joined the pair to help ensure an exciting, varied festival for 2014.

I caught up with Martin Jonas to talk about Isarsprudel, which will be taking place this August 22-24, for the third time.

The Isarsprudel festival is a non-profit dance and performance festival on the Isar – how did you come up with the idea to create such a festival?

I spent some time living in Vienna, where I dreamed of starting a festival. Back in Munich and strolling along the river, it was clear to me that it would be an ideal place for a festival. For one, it’s a special place in Munich, and, alongside its spacial advantages, it allows for a discourse on artistic formats in the city – in a public and communal space. There’s enough commercialism around – we don’t want to sell food and drinks and have a band play a stage – we want to strengthen the space that surrounds cultural interventions.

How do you find the artists who participate in the festival?

Each year, we write an open call focusing on one topic, and anyone can apply.

Last year, the theme was “flood plains”, why did you choose this topic? What sort of performances came out of it?

For one, I chose it because the festival’s site is actually a flood plain – and for Isarsprudel, it’s also about the space there. And on another level – which is no less important – Munich itself can be seen as a flood plain. And a flood has both positive and negative sides.

The invitation in 2013 read as follows: Flood means abundance, something new, change and upheaval, but also destruction, dissolution and death. A flood can be predicted, but it is often faster than expected and sometimes more violent than expected…Munich is booming. Many people are moving to Munich to work and live. Munich is an exuberant centre of culture, business, entertainment, nature and the surrounding areas offer relaxation and activities for sport and recreation. The area is positively overflowing with people who want to create something – people with ideas, and with capital. And as fertile as this flood is, there is a negative side – living space is scarce, beloved local stores and bars bow to the pressure of real estate. Wealth increases, but poverty too. The city – understood as the totality of space, entities and citizens – are looking for ways to deal with this challenge.

Last year, several groups intepreted the topic differently. One group attacked the housing shortage and the housing bubble in Munich, building a kind of favela – and invited people to help build it and to sleep in it. A dance duo tried to translate the motion of the Isar into dance. One interactive performance showed the limits of one’s own perception. The theme this year is “Space_Borders” – what is meant with this?

We want to draw boundaries to create spaces, we want to go beyond borders to question the idea of space. We are placing the focus on the space between the Corneliusbrücke and the Wittelsbacherbrücke, because we believe that there are many aspects here that are relevant for social negotiations in the city. With their art, the artists will engage in these discussions and will offer new and differing perspectives.

The aim is to experience borders and space in a new way, thanks to artistic exploration. The visitors to the festival, and the flaneurs and joggers on the banks of the Isar will all contribute to the debate, and will be involved in the discourse on space in a variety of ways.

When and where will the Isarsprudel festival be taking place this year?

On August 22 and 23, between the Corneliusbrücke and the Wittelsbacherbrücke, between 3pm and 10pm. The artists are distributed in this area and will perform as per their own cycles. The best way to experience the event is to take some time to stroll around and discover the artists – or you can be advised by our assistants, who will be present at the Isar. At the Ludwig II memorial (Corneliusbrücke), there will be an information point, where you can find out more about the festival. We invite visitors to perceive the Isar space differently by discovering the artistic performances.

How will Isarsprudel continue to develop?

We have grown over the past three years, and we will start to host biennial festivals. The next Isarsprudel festival will take place in 2016, and the time will be used to develop the festival. I would like our festival to grow beyond the borders of the city – but in what form remains to be seen.