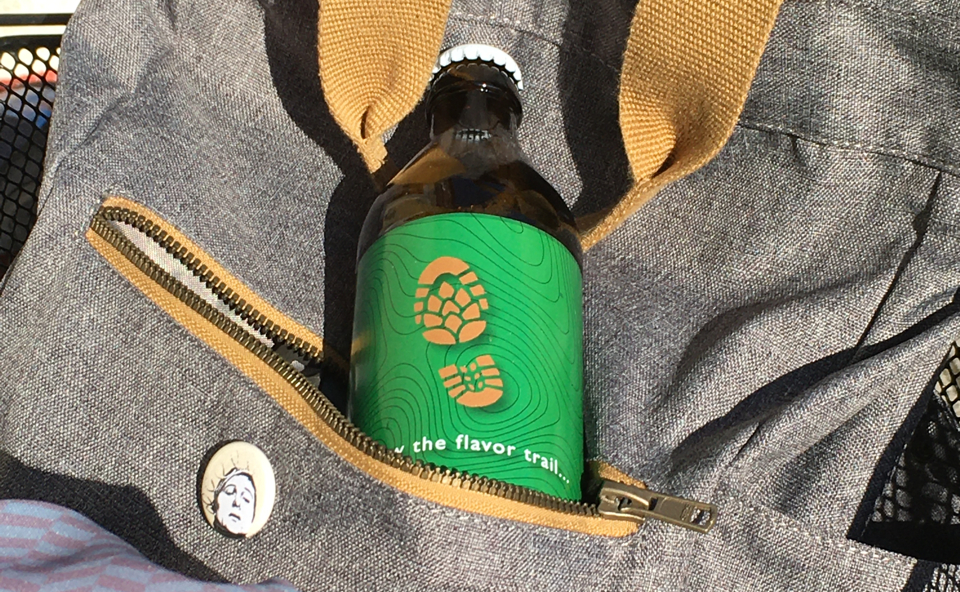 I first came across Higgins Ale when a friend pulled out a crowler at a party (Disclaimer: pre-corona. Sounds filthy, absolutely isn’t!). I didn’t know what a crowler was, but was intrigued by this oversized beer can (see!) from a small, local Munich brewery. Higgins Ale have been brewing their beer in a Maxvorstadt microbrewery and serving them in kegs, bottles and crowlers for the past three years.

I spoke to Jen Canale, half of the founding duo, about how two Americans came to set up a microbrewery just a stone’s throw from some of the biggest names in German beer – Löwenbräu and Spaten-Franziskaner – and how they came to use crowlers for their brews.

“Paul’s (Higgins) engineering job brought us to Munich in 2003, while I continued my career in software IT sales and marketing. Paul was a hobby brewer in the US, starting in the 1990s – the pioneer days of the American craft beer craze. He brewed for nearly ten years, and always dreamed of having his own brewery. When we moved to Munich, we found it hard to hobby brew due to a lack of both space and ingredients in smaller volumes. But eventually, slowly, American style craft beer arrived in Munich…and Paul started home brewing in our flat! Luckily I found an ad for a keller to rent that was a former bakery, so already with the license to brew.”

It was no mean feat to open a brewery in the city of beer and the long-standing traditions surrounding its beer. Munich is home to Oktoberfest and its own beer museum. Bavaria is home to hundreds of breweries already. But the foundations were strong, Jen explains:

“Paul learned how to brew from hands on experience and collaboration with other homebrewers as well as self-study and courses at VLB (Versuchs-und Lehranstalt für Brauerei e.V.) in Berlin. It was intimidating to start a brewery in Munich, and so we started slowly, testing recipes and participating in craft beer festivals for the first year. Then we began selling kegs to craft beer bars and tap takeover events. The positive feedback gave us the courage to start brewing commercially in March 2018.”

Despite the strong start, the arrival of covid-19 has significantly impacted small businesses around the world, and Higgins Ale Works wasn’t spared. They pivoted from live tastings and on tap beer to online tastings and bottles to go, but collaborations, delivery services and regular return customers has helped keep Higgins Ale alive.

“Collaboration brews are great for developing new recipes, learning from diverse experience, and building good relationships. We love connecting with other brewers and artisans.

Last summer, we collaborated with Hausfreund and, via Skype, with the brewer from Neshaminy Creek Brewing in Pennsylvania. The result was a super “piney” west coast/east coast pale ale called Spruce Juice. It was a big hit and we plan to make it again in spring.

In mid-February, we co-hosted our second digital chocolate and beer tasting with Davina and Rony from True & 12 and Truly Chocolate. We created our Chuno Chocolate Stout using their caceo nibs, and that evolved into a fun pairing event with three of our ales (including the stout) and three of their bean to bar chocolates.”

Higgins Ale is available to buy around the city – in bars and directly from the brewery itself. “Our beers are on tap at craft beer bars and restaurants in Munich, including Hop Dog, Frisches Bier, Meisterstück, and Ambar Bistro. BierKiste and Bierothek sell our bottles too”, says Jen.

“Our brewery is located on Karlstrasse 120 in Maxvorstadt. We sell direct to customers from our office at Karlstr 124 (call and collect during lockdown, deliveries within Munich for minimum order 30 Euro). Before the pandemic, we hosted visitors and tasting events at the brewery and at company locations. These days, we keep connected by offering online tasting events, both private and public. Check out our website for more info!“