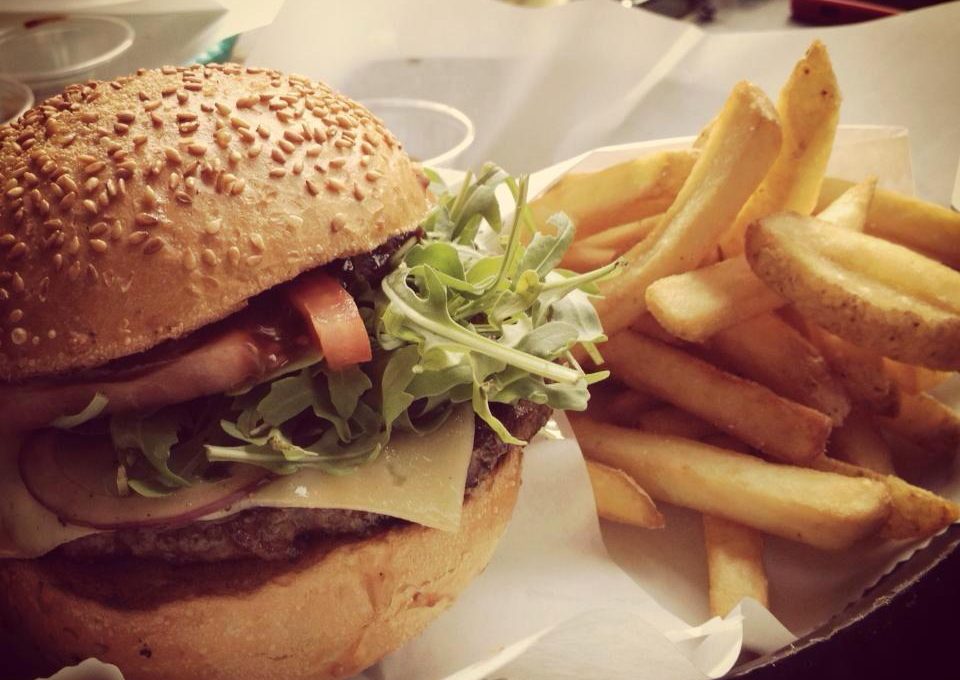 I’d been meaning to go to m.c.müller for a burger in Munich’s Glockenbachviertel for bloomin’ ages, and seeing as Burger House was booked up all of last week, our little burger group decided to give it a go. I had been before, but only in the early hours of a Saturday morning, when cocktails were on my mind, not burgers.

Thankfully, we’d reserved – I arrived a little after eight and the place was packed – and it was a Wednesday night. The four of us were squeezed around a tiny table, on bar stools that wobbled precariously.

I’d heard a lot of positive things about m.c.müller’s burgers. One friend even claims that they’re the best burgers in Munich. I wouldn’t go that far, but they weren’t bad. I chose a Betty Blue, which was…well, it was fine. The fries were fairly bland. The bun was good, and the organic beef was also quite good – though it was a pretty thin patty.

It was a decent burger experience, and the atmosphere was most definitely better than that at Die Hamburgerei, which gives it a few extra points. We stayed far longer than we should have stayed out on a school night, mostly because it’s a nice, busy little bar in the Glockenbachviertel.

If you’re after a good burger in a bustling, fun little burger joint, m.c.müller is your place. If you’re after a burger that makes your heart go boom and your stomach flutter with excitement, you’re going to be disappointed.